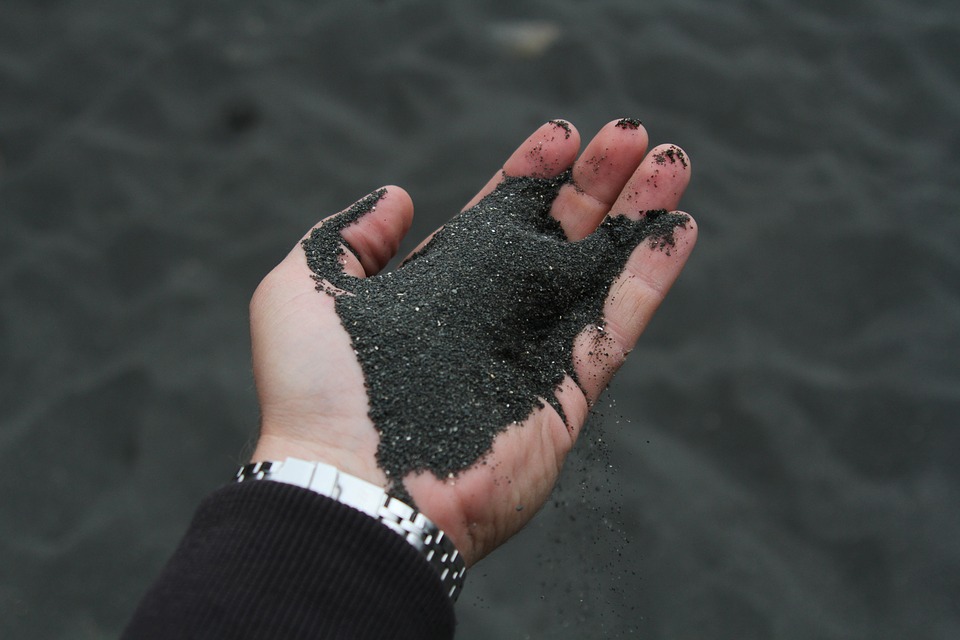 With the rise of the new industry known as “ecotourism”, Iceland has become one of the world’s most popular destinations for getting in touch with nature. From its volcanoes to the Northern Lights, there is always something awe-inspiring to witness in Iceland.

From the most known one to those where you’ll get more privacy, just read through to discover those amazing places and to learn why they can be dangerous sometimes.

No worries though, with this guide you will be all good!

To help you finding the best beaches of Iceland we made a map to have a good understanding of how they are spread in the country, you’ll see that most of them are pretty close to Reykjavik, which make them easily accessible for a one day trip for example, here it is:

Here comes what you’re really looking for, our list of the best black sand beaches of Iceland, as we said before, Reynisfjara is not the only one, but this one is still the most famous and probably the most incredible beach of the country.

Reynisfjara is located on south coast of Iceland and is considered as THE Black Beach in Iceland, with its distinctive Icelandic black sand, enormous columns of basalt, and massive waves crashing into the shore. The basalt rock formations have so unique shape, that they were used for a few episodes of Game of Thrones! 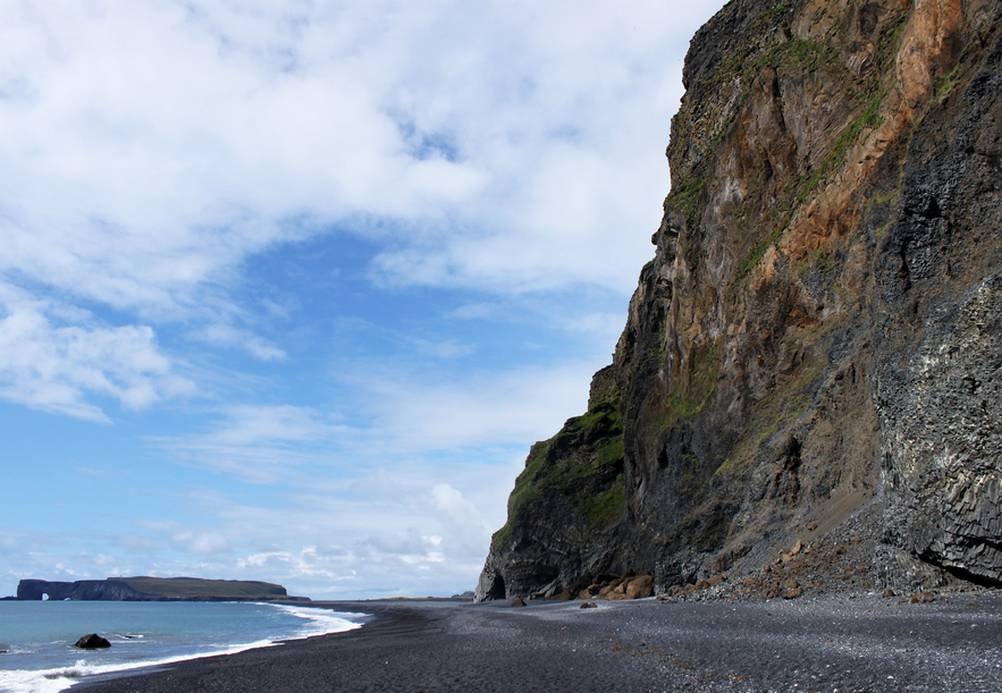 Traditional folklore says that the giant basalt stacks were once trolls trying to pull ships to the shore, but when the sun rose, the trolls turned to stone. They are truly a marvel to look at, and pictures do not do them justice.

Beyond that, though, wildlife is pretty common at Reynisfjara black sand beach. The basalt columns are home to several species of seabird. These include puffins, guillemots, and fulmars - be sure to keep an eye out for them! 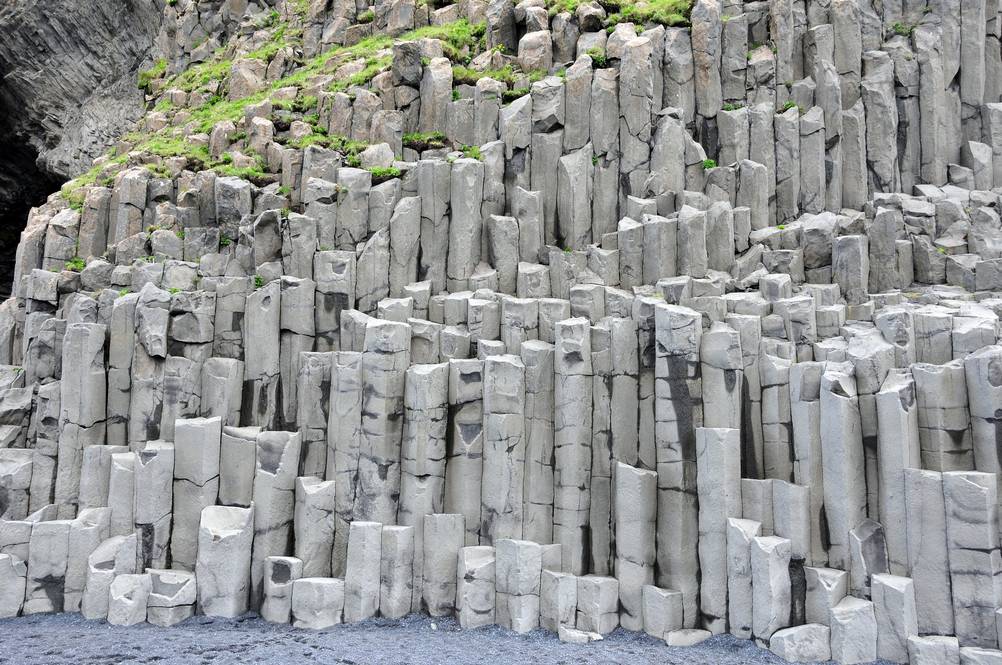 Reynisfjara is about 187 km from the capital, Reykjavik, meaning you can plan a day trip if you so choose. The beach is rather accessible and is right next to the small fishing town of Vik. Iceland is connected by one main highway known as the Ring Road, making travel convenient all around the island.

This ​is a particularly unique black sand beach, as it has become famous for the wreckage of a plane crash that occurred there in the 1990’s.

Don’t worry, everyone in the plane survived to the crash, the wreckage would probably have been taken away otherwise.

It, too, is on the south coast along the Ring Road, not to far from Reynisfjara, it is around 20 minutes’ drive from Vik.

However, visitors are no longer allowed to drive directly to the crash site - a four-mile (6,5 km) hike over the rocky sand is required to get a good look at it. This hike is really easy because the path is basically flat, but it would take you maybe a bit more than 1 hour to get there, and another one to come back.

During winter, make sure to get there early, so you don’t lose daylight! Beyond the beautiful beach and the plane wreck, Skogafoss Waterfall is very near the crash site, so you can get a two-for-one by hiking out to the gorgeous waterfall as well.

Have a look at our article dedicated to the best waterfalls in Iceland here.

This place is a large cliff that overlooks the black sand beach, giving you a unique birds’ eye view of the waves crashing into the shore. It is conveniently located very near Reynisfjara, meaning you can plan multiple spots on a day trip along the Ring Road!

The cliff also features a lighthouse that you can explore and take pictures with. Like the aforementioned Reynisfjara, puffins often nest there during the warmer months, so keep an eye out for them if that’s when you’re there.

The Diamond Beach is located on the south coast, about one hour from Stokksnes. Situated right next to Jokulsarlon Glacier Lagoon, the beach gets its name from the calved glaciers that wash ashore - they look like diamonds against the black sand.

You can watch the massive glaciers calve and wash ashore from the Lagoon across the street, and witness the tide carry the bits of a glacier in and out of the shore. The chunks of ice can range from around a foot long to the size of a person!

Are there ice blocks on the beach in summer? Sure, many people think that in summer its too hot and that they will not see anything on the beach, that is not true! The glacier loses its parts all around the year so there is no problem if you are coming during the warm season!

There is plenty to see at Diamond Beach, and it also makes for a great photo opportunity especially when the sunlight goes through the blue ice, you will sure make your Instagram followers jealous!

When going to the Diamond Beach, be sure to also visit the Jokulsarlon Glacier, just on the other side of the street,  you’ll have a better understanding of how ice calves are washed ashore by the tide and you may also meet some seals feeding or just enjoying a sunlight bath on the ice.

Be very careful with the ice by the way, the edges can be sharp and the surface slippery, climbing on the ice is even forbidden due to previous incidents that put Icelandic search and rescue teams endangered.

Another amazing and unique beach in Iceland, but getting there can take some time, so plan accordingly. It is six hours from Reykjavik on the east coast of the island. The beach itself is very accessible, as long, as you have money of course. Joke it is not that expensive…

You will indeed have to pay a small fee to get through the gate but believe me its well worth the tiny effort.

One benefit of its out-of-the-way location is that there are not very many tourists, so if you can get there, you will have the beach (mostly) to yourself.

Situated on the Stokksnes Peninsula, an enormous mountain meets the sea right on the black sand beach, making for some incredible pictures and views.

Green tufts of grass sprout up from the black sand, and the beach gets incredibly dark at night, making it an excellent viewing spot to see the Northern Lights.

During summer, you will enjoy the endless golden hours, perfect for taking photos appreciating the midnight sun, this is something to enjoy without moderation!

A truly magical place that you must see to really believe, making your way to the east coast of Iceland is well worth it just for this - but there is plenty of other great stuff there, too!

Also called the Black Lava Pearl Beach, this beach is situated on the west coast of Iceland, at the end of the Snæfellsnes peninsula, just downstream of the volcano called Snæfellsjökull.

You will find many lava formations on the path that leads to the beats, this path is called Nautastígur, the path of the bull.

Is sitting on the beach what is left from of the Epine GY7, a British trawler that wrecked on the shore and from which many pieces have run aground on the sand.
The bay also housed a fishing village back then, and the fishermen have put four stones of different weights on the beach test their strength.

Those stones are still here, as a heritage of the past, the heaviest one weighs 154kg, the two in the middle weighs 100kg and 54kg, the lightest weighs 23kg.

Just for you to imagine how strong people were in this bay, the lightest stone is called “Amlóði”, which means “useless” in Icelandic, and the second “hálfdrættingur” or “weakling”. Sounds like you will have to lift those 100kg if you want Icelandic people to show you respect my friend.

Black sand is common in areas with high volcanic activity. They get their color from the minerals in the volcano, as well as from lava fragments. In terms of actual mineral content, the most common mineral found in black sand is usually basalt.

This sand is formed by the rapid cooling of lava in contact with the sea, the lava is shattered into debris that are small enough to call them sand. Then this sand gets thinner and thinner with the tides and the crashing waves, but also thanks to the frequent hard winds!

That is why you will find different kinds of sand in Iceland, from really thin to coarse sand.

Nearly 90% of all the volcanic rock on the planet is basalt. The high concentration of iron in basalt also gives it its black color, as iron absorbs a lot of light.

Generally, do not weather well, meaning that the basalt continues to break down as exposed to the weather. This is totally different from standard beaches in the world, where the mineral grains are more resistant to weathering.

Those beaches are especially incredible because of their dark black colors, which contrasts well with a shiny blue sky.

Those beaches look out of this world and having a walk on them is like being on another planet. You definitely do not want to miss this scenery when you are travelling in Iceland,

The shore on black sand beaches get deep very quickly, which makes waves behave a bit different than the one we are used to. This is why you should be aware about some things before coming and observe simple safety measures when you be there.

Exercise Safety Measures at the Beaches!

We know that this is not the funny part, but we feel like having to warn you about the dangers of the black sand beaches.

Visitors are advised to keep safe distance, about 100 feet (30 meters) away from the shoreline. Some waves occasionally crash which are much bigger than the other waves. These are known as sneaker waves or “Chinese takeaway” (true story reported by an Icelander), and they can reach much farther up the shore than you would expect.

There is no land between the Arctic and Iceland, meaning that waves have miles and miles of buildup before they finally crash. Visitors are also advised to never face away from the ocean, so that you can always keep an eye on the water.

When the weather gets bad, the black sand beaches get even worse. Violent winds can kick up the black sand, pelting you and stinging your skin. The waves get more violent with bad weather as well. If the weather takes a turn for the worse, it is probably best to not go down to the beach that day.

Beyond this, make sure to wear appropriate clothing, especially if you are going in the winter. It can get very cold and wet, which is a bad combination, so be sure to have waterproof shoes and socks. Windburn may also occur, so having a good windbreaker can do wonders for protecting yourself from the harsh winds.

During the warmer days of summer, it is so good to enjoy those beaches under the never-ending sunlight.

Do your black sand beaches tour with your KuKu campervan!

The best way to visit the black sand beaches in Iceland is surely with your Kuku campervan. You have the power to decide your next destination! Plan a trip with all the things you want to see, you can stay at each place as long as you want!

Most of the beaches and the Icelandic coast in general are very easily accessible, so you won’t have trouble to find the right road and parking lot.

To enjoy as much as possible the black sand beaches, just follow those simple rules:

Now you are an expert with black sand beaches in Iceland, so buy your flight ticket, hire your campervan and enjoy!