Things must to do 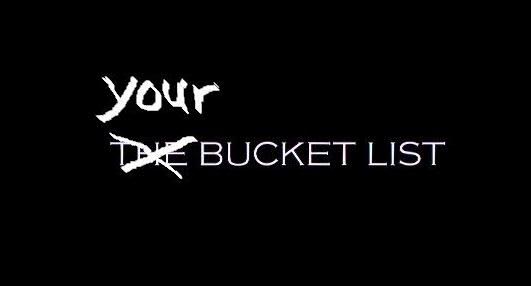 There are plenty of things you MUST do if you travel in Iceland.

Then we have done this Kuku bucket list specially for you:

Northern lights are a special phenomenon, which fascinates and attracts a lot of people here in Iceland. From September to Mid-April, the lights turn up in the dark sky creating a magical scene. These events are  annual and regular but unpredictable. Different variables can play a role: the season, the clarity of the sky, your location and we can’t lie to you, luck is also a determining factor.  But you can increase your chances to see them with a full dark night, a very clear sky, no cloud coverage or precipitation and by going in the countryside to avoid the light pollution.

What are the Northern Lights ?

There are more than 100 natural outdoor pools heated by the geothermal energy in Iceland. But don’t worry if some of the sources are boiling, others are at the perfect temperature to take a bath. Known as an icelandic tradition, public bathing is a great part of the local culture: Icelanders love to relax and gossip in one of the numerous geothermal pools. You can find hot pots everywhere in Iceland, from downtown Reykjavik to the West Fjords. On top of that, the majority of these sources and pools have a free access.

What are the geysers?

A great spurt of water full of sulfur which can reach until 100 degrees and 60 meters of high.

The term geyser comes from the renowned geyser in Iceland: Geysir where you will be able to see the hot spring boiling and erupt every around ten minutes. Located on the road of the Golden Circle, it is easy to access and it is one of the most impressive attraction to not miss if you come in Iceland.

On top of its breathtaking landscapes, Iceland is a great place to observe the wild animals in their natural environment.

The Puffin, the emblematic bird of Iceland, is a small round bird with a coloured bill and a black and white plumage. Present only few months in Iceland, during their reproduction period, the puffins are around 10 million in Icelandic coasts from mid April to mid August. If you want to observe them, the Westmann Isles represent the largest colony of Puffins in the world with around 4 million puffins every year.
The Whales, a source of pride of our country.  Whether it be in your plate or in the ocean, Iceland is the place to contemplate whales in their natural environment. Husavik, located on the north coast of Iceland, is known to be the best location in the world to watch whales and the whale watching capital of Europe. From April to October, you should be able to see some of the different species present off the coast of Iceland, not only in Husavik but tours are also offered in Reykjavik and Akureyri.
The seals, they are around 50,000 living in the Icelandic coasts. Some beaches and rocky coasts are the best places to observe them in their natural environment.

Hiking is so far the best way to discover Iceland. From a small and easy hike to the trek, the possibilities are infinite in Iceland if you want to discover the stunning icelandic nature by walking. The landscape is extraordinary diverse and the country is filled with mountains, rivers, waterfalls, hot springs, volcanoes and glaciers in every shape, colour and size. You may be lucky enough to see some of the wild animals from Iceland.

Land of fire and ice, you can not come in Iceland and miss one of the glacier lagoons. There are numerous glaciers everywhere in the isle. Indeed, more than 10% of Iceland is covered with glaciers : Vatnajökull (the biggest in Iceland and Europe) with the Jökulsárlón lagoon on its south east coast, Langjökull (second biggest glacier in Iceland), Hofsjökull, Mýrdalsjökull, Eyjafjallajökull, Drangajökull,  Snæfellsjökull. The radiant blue icebergs drift slowly through the lagoon offering a wonderful sight. You can choose to enjoy the view of one of these impressive ice blocks or take advantage of the opportunity to visit an ice cave.

7. Coffee and beer in Reykjavik

If Reykjavik is not the largest capital in the world, however the number of coffeehouses is stunning. Ranked as the world’s fourth largest coffee consumers per capita, Icelanders are big fans of high quality coffee in a relaxed and friendly atmosphere. Then, when the night is coming (whether it gets dark or not), these coffeeshops swap the cappuccinos for beers and cocktails. The atmosphere is totally different but Reykjavik is as renowned for its coffee as for its nightlife. Enjoy the happy hours and the sunlight for spending all your night on an unforgettable pub crawl.

Dettifoss is one of the most impressive waterfall of Iceland. With a water flow unrivaled in Europe (193m² of water per second), the waterfall is a must see in the country. If you are lucky enough to be there during a sunny day, you will be able to see two rainbows above the glacial waters.
On the road from Akureyri to Mývatn don’t miss the splendid Goðafoss. This waterfall is fair from being the most powerful waterfall but probably one of most beautiful (and our favorite one).
Seljalandsfoss, in the south coast, is one of the renowned waterfall in Iceland and a unique place. Visible from the Route 1, this water curtain falls from the rocks into a deep green basin, just magical!

Horses are part of the Icelandic life. Imported by the Vikings , the Icelandic horse is a small and strong animal perfectly adapted to the hard conditions of the country. In the countryside, a lot of farms offer horse riding tours in the peninsula of Snæfellsnes, in the plains around the stratovolcano Hekla or in Skagafjörður, village where there more horses than inhabitants.

Now you are ready to explore Iceland!
As you can see, it’s difficult to get bored in Iceland...